In three recent decisions, the Paris Court of Appeal and the French Competition Authority had to examine, under competition law, the validity of a refusal to contract from heads of selective distribution networks to candidates for entry into these networks. In particular, they verified that the refusal to contract did not have an anti-competitive object in the light of the case law resulting from the Metro I judgment of the Court of Justice. However, this research does not seem useful because a refusal to contract which does not constitute a hardcore restriction within the meaning of the applicable vertical restraints exemption regulations is not unlawful in itself. The refusal to contract could possibly only constitute a restriction by effect (which was however not the case in the Court of Appeal’s décisions). 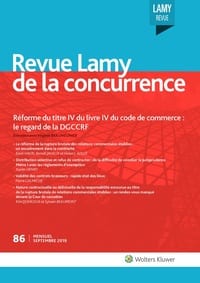